CCMA/TV3 has called for volunteers to help subtitle some of its programs in Spanish, English, Arabic and Amazigh. This is a pilot test that will be carried out over the coming months and is part of the EasyTV initiative, which is part of the European Union's Horizon 2020 research and innovation program. The aim is "to check the the tools that in the future, will improve the access of  different cultures audiences to Catalan television."

Those offered to participate in the project will not have to directly translate the content, but rather their task will be to collaborate on "the correction of texts generated by an automatic translator through an online platform". Subtitles will be generated before the program airs, so that when broadcast, each viewer can choose in what language they want to view them. 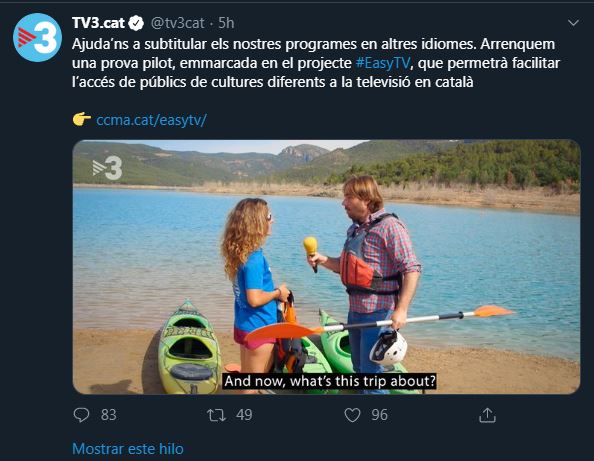